Minister Mbalula calls for the ban of scrap metal exports

Eskom says it will implement stage 1 load shedding from nine o’clock on Monday morning until Thursday.

The power utility has attributed the decision to an increase in the number of unplanned breakdowns at its power stations.

It says the system is currently constrained, unpredictable and vulnerable.

“This is due to a number of breakdowns which we have experienced over the weekend and late last week, and delays in some of the units were planned to come back to service this week. They’ll now return to service in the course of the week.”

“We urge the people of South Africa to cooperate with us and help reduce demand in order to reduce the impact of load shedding.” 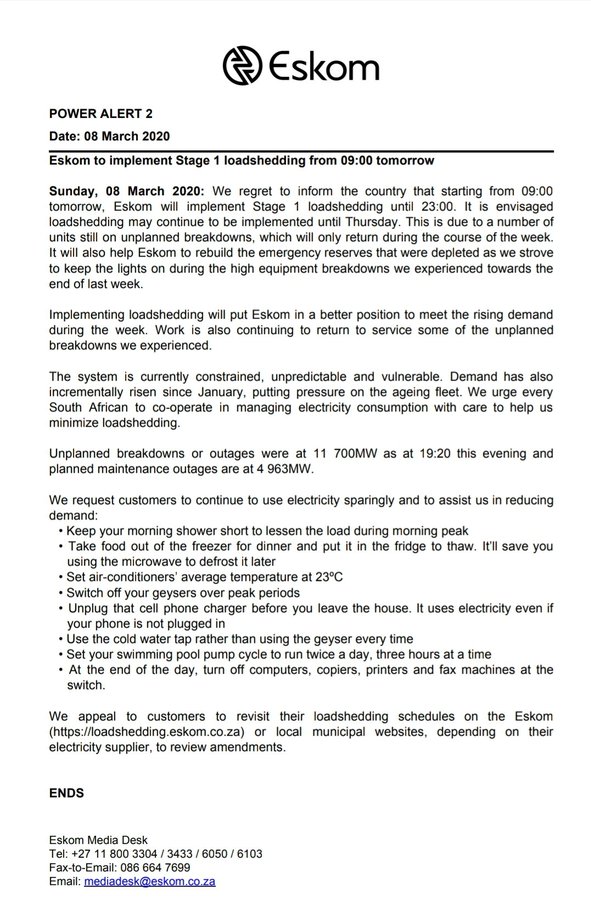 Vaal residents to use water sparingly as Dam levels decline