Minister Mbalula calls for the ban of scrap metal exports

The worst unrest in years threatens to derail one of this year's star emerging market performers and highlights the chronic joblessness and poverty papered over by a short-term export boom.

PRETORIA – The rand tumbled as much as 3.4% this month and hit a more than three-month low, stocks of property firms and retailers dropped as much as 7% in a single day and sovereign bonds sold off after more than 70 people were killed in unrest and looting that erupted following the jailing of ex-president Jacob Zuma.

The price moves are a stark reversal for a market that had until recently outpaced emerging market peers such as Brazil, Mexico, and Russia. The rally was underpinned by exports rebounding at the fastest pace globally thanks to surging metal prices.

That export boom has turned a long-standing balance of payments deficit into a surplus. 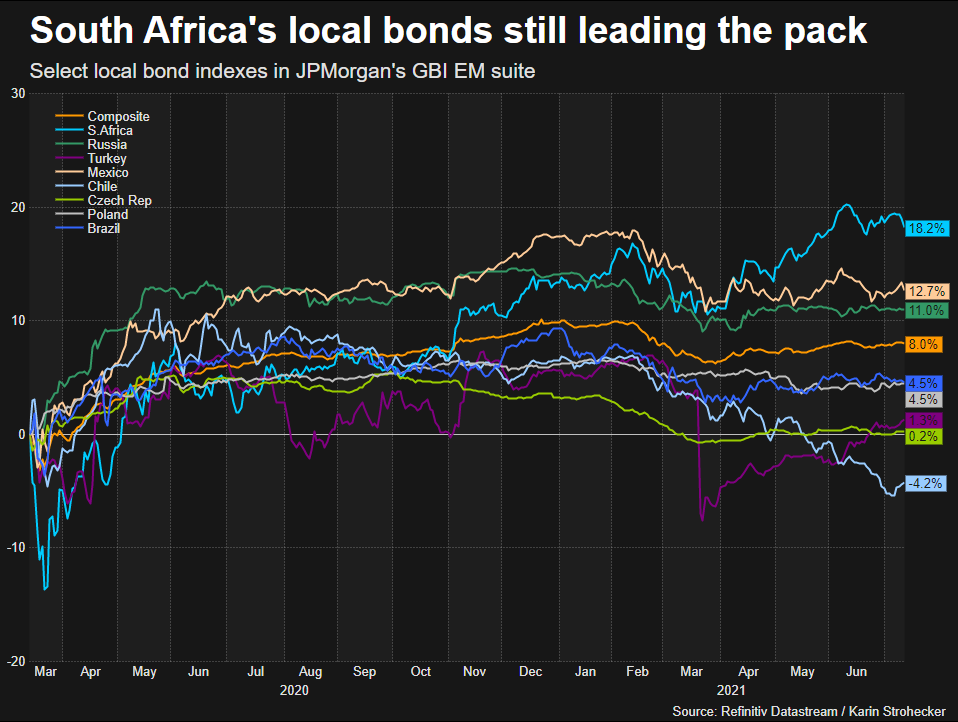 However, behind all that lurked the same social pressures which are being felt more acutely since the pandemic.

An unemployment rate of over 32% is the highest in the Group of 20 major economies, while poverty and wider inequality are widespread 27 years from the end of apartheid.

These grievances have now boiled over into protests linked to Zuma’s imprisonment for defying a constitutional court order to give evidence at an inquiry investigating high-level corruption during his nine years in office until 2018.

“This is an economy that has been bouncing back faster than many expected from six months ago, but for the average person unemployment remains one of the highest in the world and recovery has been concentrated on exports, so doesn’t necessarily lift all boats,” said UBS’s head of emerging market strategy Manik Narain. 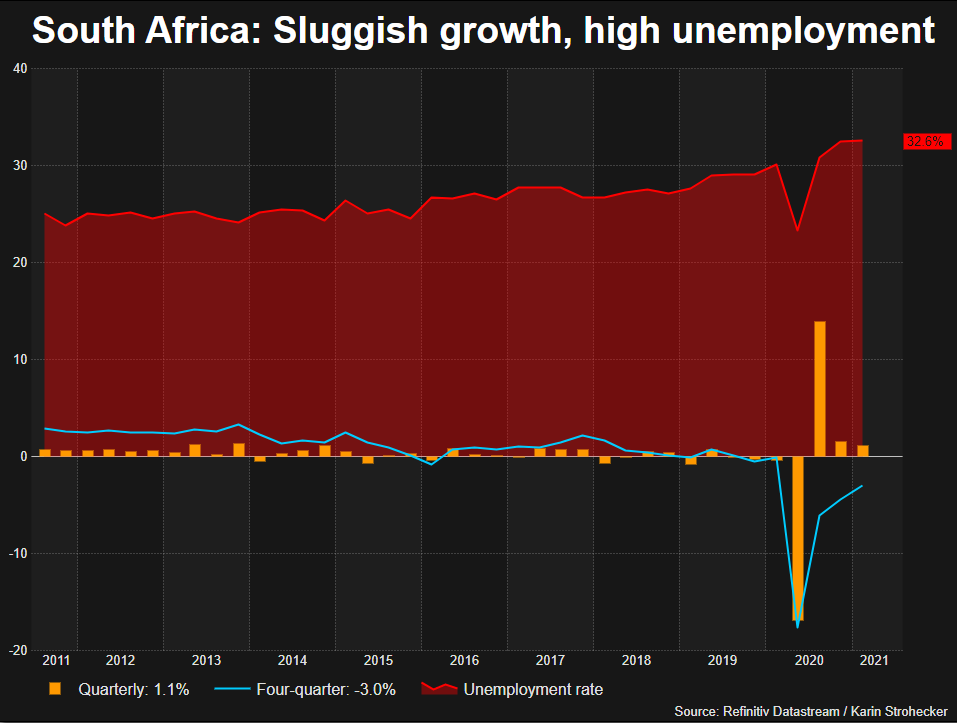 Africa’s most industrialised economy was on track to grow more than 4% in 2021 after recovering from a recession that started even before it recorded its first COVID-19 infection last March. That bounce-back will almost certainly take a hit.

“There is never a good moment for riots, but now the timing is particularly unfortunate,” said Viktor Szabo, portfolio manager at fund manager abrdn. “It will dampen economic activity through temporary business and infrastructure closures, just as the economy was recovering from the COVID shock.” 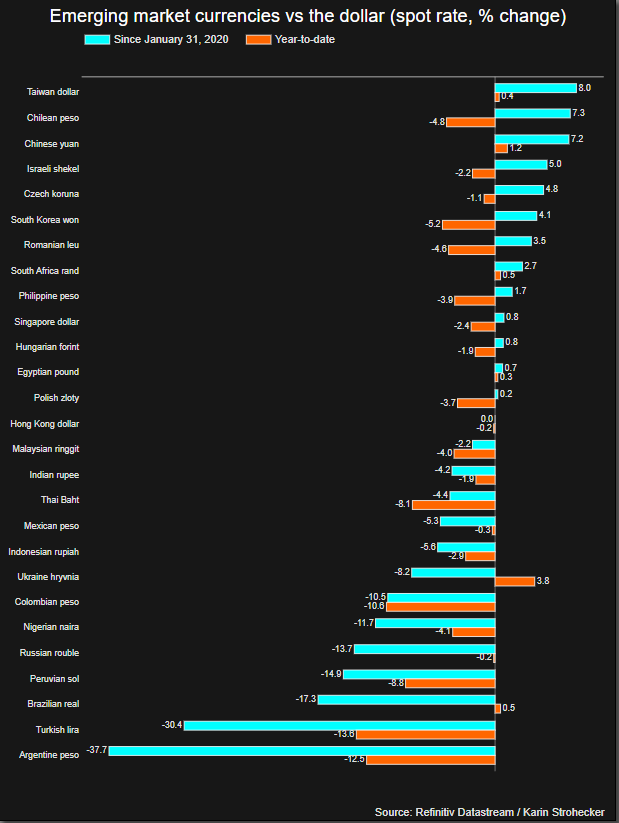 For markets, the rand has been the lightning rod. Having been the best-performing emerging market currency during the pandemic by late April, it has lost some 8% since hitting a more than two-year peak in early June.

This week, it ceded all its year-to-date gains.

“There is a risk of further short-term losses if the government does not manage to control the violence,” said Commerzbank EM analyst Elisabeth Andreae.

Wall Street bank Citi has already trimmed its exposure to both the currency and local government bonds.

On the ground, one of the immediate consequences was a number of immunisation centers shutting temporarily, further slowing the pace of vaccinations, which at 2% of a population of 60 million is among the lowest even among emerging markets.

The setback for South Africa comes just as the global backdrop is becoming more challenging.

South Africa is the top global producer of platinum and chrome. But platinum prices have fallen 15% from February’s more than six-year highs and commodity prices could soften if Chinese demand slows and more countries, including the United States, withdraw pandemic-era stimulus.

“One of the reasons the rand has been strong has been South Africa having one of the single strongest export markets in the world because of metals like platinum and rhodium,” said UBS’ Narain. “That’s at already very mature levels and we think that South Africa has passed peak exports.”

There is a chance that Zuma’s arrest will prove to be a positive if it deals a decisive blow against South Africa’s chronic corruption problem.

It may also strengthen President Cyril Ramaphosa’s grip on power within the ruling African National Congress. That will be put to the test in local government elections in October.